Translation of an article by Money.bg

“Business point” is the latest series of Money.bg, which is presenting the successful work models of companies with big contribution to the Bulgarian economy. In our new material we are telling about the activity of the international giant ABB in Bulgaria and in particular its factories in the industrial zone of “Rakovski”.

The Swiss-Swedish group ABB is one of the international leaders in robotics, industrial automatization, and also in the field of power supply and electrical equipment. The company has a history of over 130 years and for the past 25 years has been part of the prestigious ranking Fortune Global 500, which puts her among the 500 companies with biggest revenue in the world with turnover from 27,6 billion dollars for 2018.

The group operates on over 100 markets, one of them is Bulgaria. Here the company has been present since the 1970s, and in 1996 it opened its first production plant. Today, 23 years later, ABB Group has 4 factories in our country and is about to open a fifth one. Two of them are located near Plovdiv, one in Sevlievo, and soon there will be another two in Petrich.

The local subsidiary “ABB Bulgaria” is one of the biggest investors in “Trakia Economics Zone” with its two bases in zone “Rakovski”.

About the history of the company in the Plovdiv area and what actually is being produced there, Money.bg interviewed the manager of ABB Branch Rakovski, Uwe Tschirner.

What does “ABB Bulgaria” actually produce in Rakovski?

The first factory in “ABB Bulgaria” in zone “Rakovski” opened 10 years ago. The second factory came four years after the first due to the need for the company to expand its production.

“We started here in Rakovski with simple assembling processes. The next level for us is to work with greater added value. We are already making completely finished products, which we are exporting for the international network of our company. We are not only supplying components to our factories in the rest of the world, but actually making finished products”, explain Tschirner.

In theory you can say that the company produces several different types of low and medium voltage components. Practically, you can easily explain what exactly ABB produces in Plovdiv by looking at the electrical board at home, for example. The company makes all the components – metal and plastic, for this type of electrical boards, as well as the body itself where they are placed. 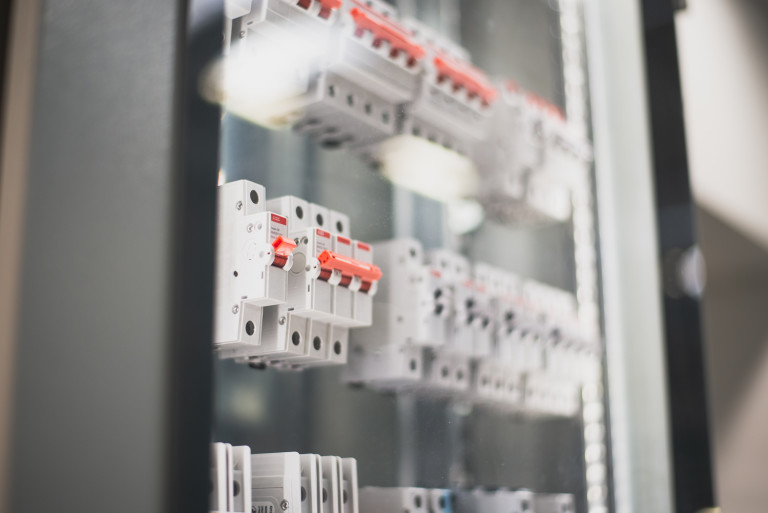 “In addition, we have “Distribution Solutions” that produces medium voltage components, mechanical switching elements as well as control panels”. 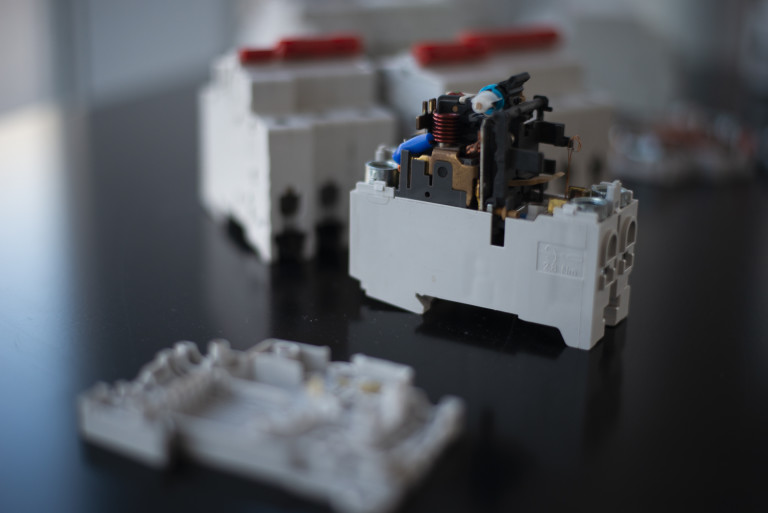 We can say almost all the production of the factories in the Plovdiv region is for export. One part of them goes to other factories in the company, mainly in Italy and Germany where they are finalized or put into other products. In the factory we also make finished products, which are then sent directly to the commercial organization of ABB Group. 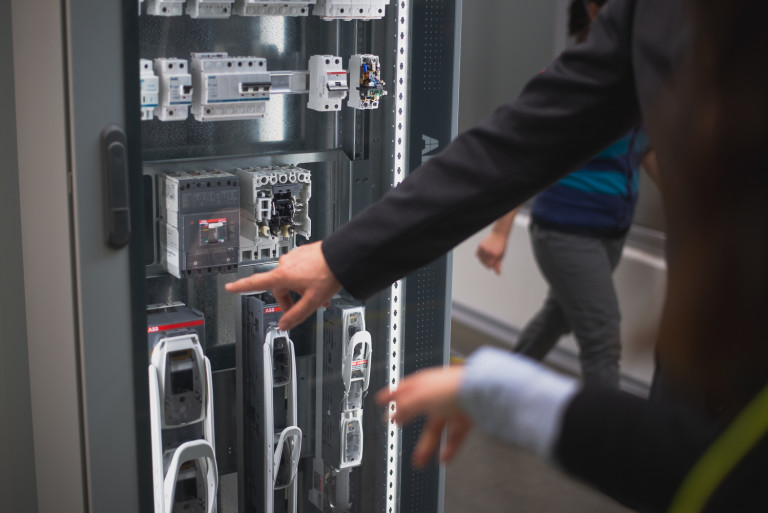 “You can find products of ABB everywhere – on the seabed, in cruise ships, in Space or at home. The problem is that we are not very well known to end-users because the only things they may know as ours, are the keys for lighting fixtures, for example. The industry knows us very well”, explained Tschirner.

Nearly 1 900 people work for “ABB” in Rakovski, but finding people is not that easy

At the moment in both factory of zone “Rakovski” work nearly 1 900 people. The company also has opened positions but filling them up proves challenging.

“Our difficulties are related to the labor market here in the Plovdiv region. There are so many investors and unemployment is almost at zero” explained Uwe Tschirner and added that the company’s growth limitation is caused to a certain extent by the labor shortage in the region.

“There is no plan how many people we need to hire in 2019 but we have some open positions. We are looking for engineers, we have free positions in planning of production, in production, for all levels of qualification. And it is quite difficult to select staff not only “blue collars”, but also skilled well-trained employees”, he thinks. 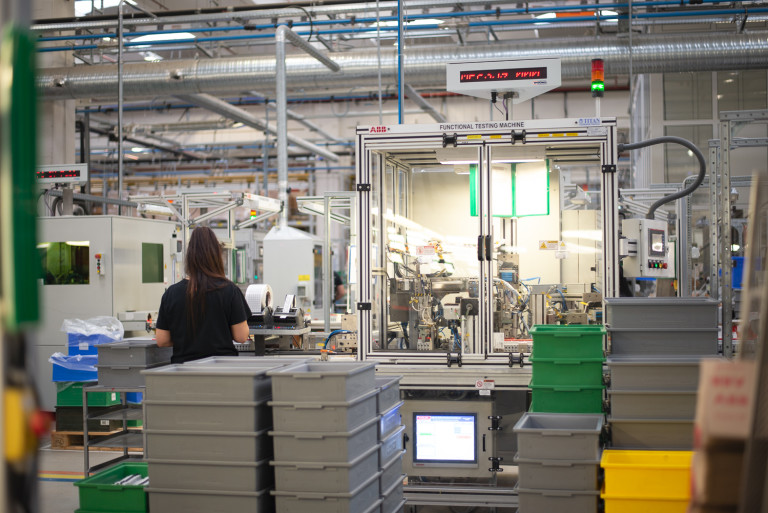 “Overall, in the last few years we have invested more than 200 million leva in Bulgaria. At the moment we have a new investment in Petrich. There we are going to make a new factory to expand the existing one”, said Uwe Tschirner.

Initial investments in the factories in Rakovski are over 40 million dollars or more than 70 million leva. 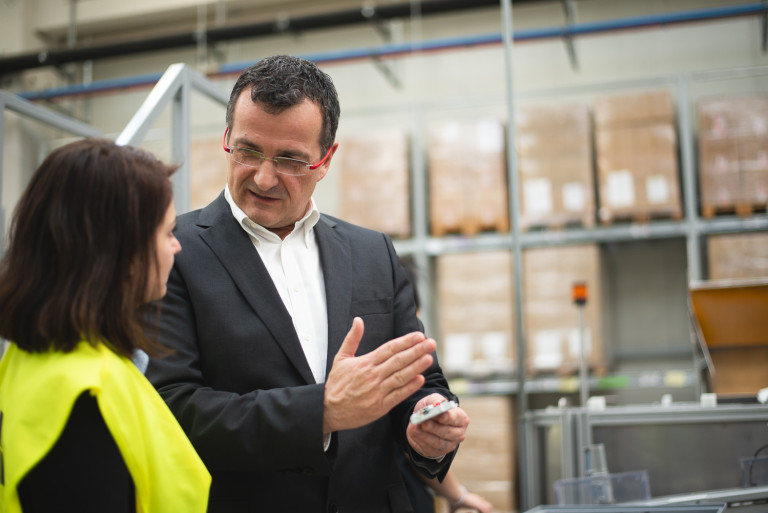 In September last year, ABB Group announced it would invest 7 million leva in its fifth factory in Bulgaria, which will open several hundred jobs and will be located on 7400 square meters.

“ABB has an existing factory in Petrich and we are already using leased area at the neighboring “Elprom” factory at the moment. The reason for the investment is that we do not have enough space in our current building. We plan to hire more than 400 people throughout the next 2-3 years”, explain Tschirner.

Plovdiv as an investment destination
Next

Odelo picks Plovdiv as the place to invest 40 million euro in a factory for Mercedes head – lights.