Bulgarians will not leave the country so massively and those abroad would return if the media in our country gives a more accurate picture of the local economy and the success of the business.

The participants in the discussion “Extracting Success from Anonymity”, organized by the Bulgarian Industrial Capital Association (AICB), united this opinion.

The economic picture outlined by the media would only be more accurate if the good causes of the companies for their corporate social responsibility were reported more often, the participants of the discussion believe. Among them are representatives of the Institute for Market Economics, Trakia Economic Zone, the Bulgarian Business Leaders Forum, the forum of Bulgarian’s donor and others.

“Massively on social networks and later in the conversations between people at the bus stops we hear that nothing is produced in Bulgaria, how there is no industry. At the same time, we are above the European average in terms of industry’s share in gross value added. Few people in Bulgaria know that the first two items in Bulgarian exports are mechanical engineering and automotive engineering, as well as electrical engineering and electronics”, commented chairman of AICB Vasil Velev.

He told how an owner of one of the media in Bulgaria told him that if Bulgarian Prime Minister Boyko Borisov and German Chancellor Angela Merkel opened a large plant in Bulgaria, then the media will have to announce that “a large German investor has built a plant in Bulgaria”, without mentioning the name of the investor. The reason for this is the inability of TVs to mention trademarks as this would be considered advertising.

“Is black-eyed religion an official religion in Bulgaria? Is success an inspiring example or is it the result of envy and the reason for explaining that everything is the result of public procurement? Every success is explained by custom orders or briefcases which is an insult to the vast majority of honorable, talented Bulgarian entrepreneurs”, Velev said.

The General economist at the Institute for Market Economic (IME), Lachezar Bogdanov, added that economists present data on economic growth, but people do not see real examples of it and are hard to trust. “Due to the silence of news and names, we do not see success at the time of its occurrence”, he is convinced.

The Chairman of the Bulgarian Chamber of Commerce and Darik Radio owner Radosvet Radev explained that to a large extent the media behavior is due to purely economic reasons- big TVs have huge marketing and advertising goals and therefore prefer as much business content as possible in the form of advertising to generate more revenue.

According to Velev, it is imperative that the media be allowed to announce the names of companies in the positive news, as otherwise, journalists will self – censor and thus damage the audience.

Radev gave an example of a news item from Darik’s sports website – which teams in the Efbet League were playing with balls produced by Adidas for the Polish football championship. According to him, another media outlet did not report the news probably for fear of mentioning the names of private companies.

Plamen Panchev founder of the Trakia Economic Zone (TEZ), said that the media should stop focusing on the fact that there is not enough manpower in Bulgaria, because this is desperate for the rest.

“I watch TV and wonder if I live in the same country! Yes, there are some single bad examples but in general, it cannot be denied that today the infrastructure in the country is on a completely different level than before”, Panchev commented.

While ten years ago, it was normal for a German company to consider investing in Bulgaria to have insufficient information about the benefits of our country, if that continues today, it is already a serious problem, Panchev added.

According to Panchev, there are not enough working people in Bulgaria, but “what we do to keep that. If we only talk that there are not enough people to work, the problem is going to be deepened. Rather we should promote dual education, we even hold parent meetings in the companies”, said the founder of TEZ.

Krasimira Velichkova, director of the Bulgarian Donor Forum, also commented that good needs a name and a person and the media, when reporting the news to companies, should start answering one of the main questions that journalism students are learning – “Who?”. According to Velichkova, the SEM itself could launch an information campaign among journalists to explain to them what they can and cannot report.

Velichkova said several organizations have handed over to the Ministry of Culture a bill with the necessary changes to the rules under which the SEM works and the document will also be submitted to the Committee on Culture and Media at the National Assembly.

“I think it is clear to everyone what the attitudes are and ultimately what the result is from citizen awareness. Unfortunately, despite product placement, advertising, etc., Bulgarians are still in the 20th century with Bai’s muscles Ganyo. This is the awareness of the Bulgarian at the moment and I think it is high time we realized whether we wanted to be the image of Bulgaria in the minds of the media and the citizens, “said former Social Minister Lydia Shuleva, who is currently the President of the Specialized Committee on Economic Development at Germano- Bulgarian chamber of commerce. 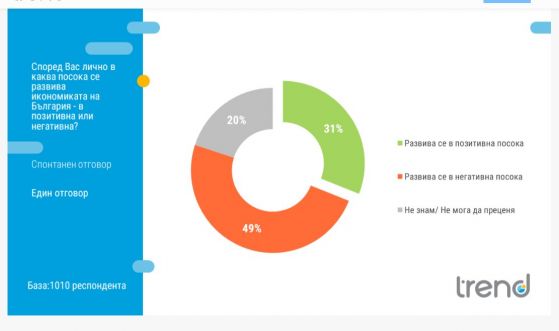 The youngest (18-29) appear to be the most positive while those over 70 are the most pessimistic about the development of the economy in Bulgaria. 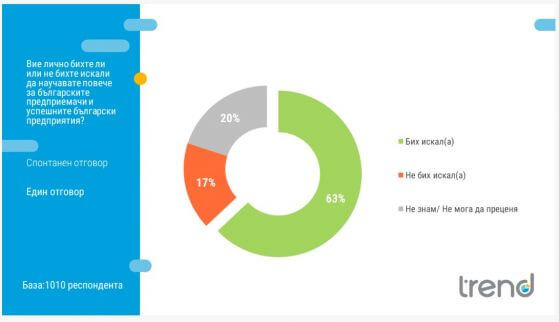 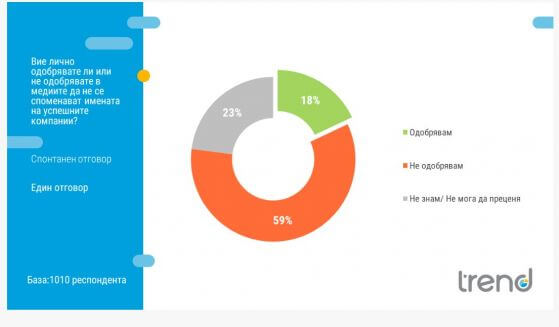 When asked if they know Bulgarian products of Bulgarian companies successful in foreign markets, 51% of the respondents said that they did not know. 20% are familiar with giving an example of yogurt, oilseed rose, white brined cheese and more.

Ganev commented that no one gave an example from the machine industry, the electronics industry. 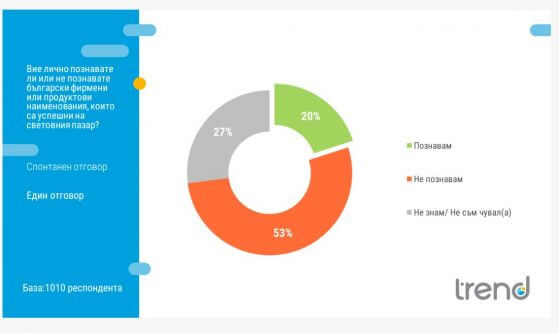 The survey was conducted from July 2 to July 10, 2019 according to an average of 1010 people over the age of 18 through face-to-face interviews. 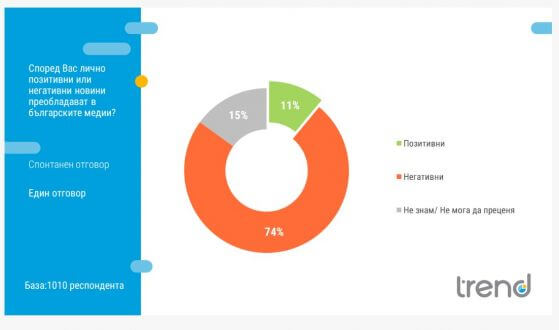 The discussion is part of the campaign “Succeeding in Bulgaria!” Which aims at promoting the successes of Bulgarian enterprises and entrepreneurs.

Plovdiv is looking for technicians
Next